This documentary outlines the links between Israel and the 9-11 attacks. This includes the planning and orchestration of the events by Zionists in the US and Israel. Media complicity is also shown, as many critical events that shed light on events failed to be substantially reported. This article notes that in many ways such Zionist elements may indeed be overblown as other important power players are forgotten in such descriptions.

Whilst mentioning links between the corporate war machine and the history of war in the US, the links with Israel become less clear. The links between France and Britain and other Western allies such as Pakistan and Saudi Arabia are also foggy.

Some links are outlined by showing personal connections like those between the Bush family and the bin Ladens, but their overall reasoning is obscure within the Zionist framework laid out by the maker – especially as some key players are certainly not Jewish or Israeli. I don’t believe stupidity is a fair evaluation for all of these people – it is too easy to tarnish all the non-Jews with the stupid hat, whilst the Jews are all super intelligent and to be feared. Whilst blackmail may certainly be used on politicians, it may work both ways.

There may also be shared goals between individuals. The Greater Israel Project and prophecies regarding the coming of the Christ may be ideas shared by Christians, Jews, and others alike. The rich may also favour a world where a global focal point may be used to more easily manipulate and control the masses.

The documentary covers some crucial points regarding the history of black ops and the use of drugs to fund these operations, and demonstrates that there most certainly has been a conspiracy and cover up with strong links and origins in Zionism.

There is a growing body of evidence that missiles were used in the demolition of the World Trade Towers. Now yet another video has emerged that provides evidence of 9-11 missiles. The clip first appeared on LiveLeak, but the missile strike was only recently discovered by FBISMOSTUNWANTED.

The video also shows the projectile impacting the side of the building as it collapses, with debris of the building spewing outwards from the missile strike. This helps explain why the buildings appeared to explode outwards and eject debris far from the buildings themselves, which pancake floor collapse theories have failed to explain sufficiently well enough.

The projectile clearly moves from right to left in a downwards trajectory.

The collapse occurs in the video at 13:29. The projectile can be seen moving very quickly across the building’s face through the smoke as the tower collapses. The building appears to explode outwards in the direction where the projectile was headed. The video below shows several examples of other evidence, as well as the edited and annotated clip (this version is quite poor quality – see original clip and gif). This video is useful as the missile moves very quickly and is hard to spot. 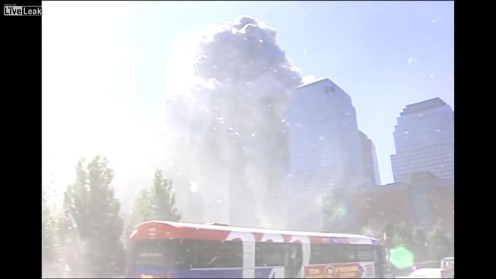 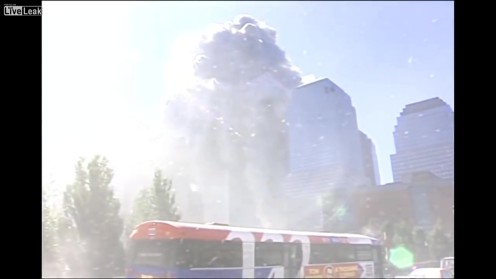 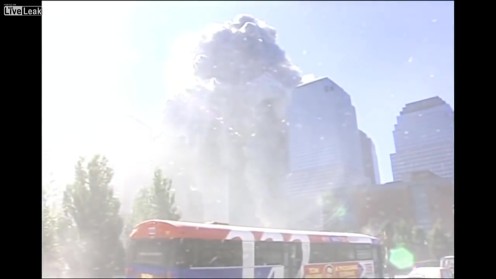 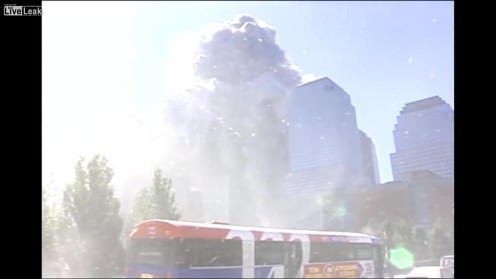 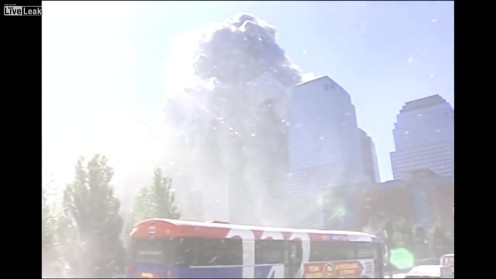 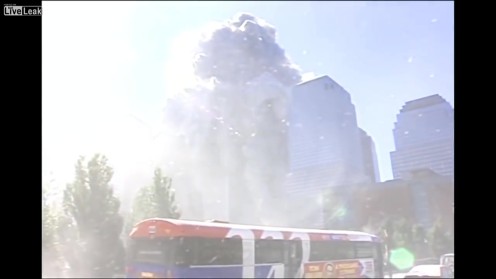 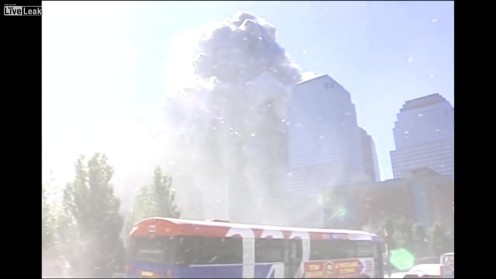 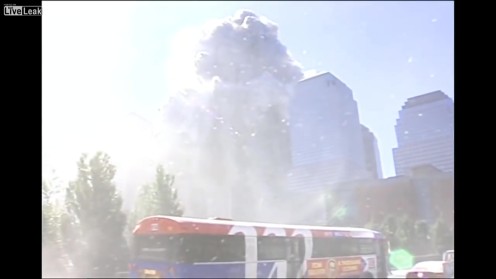 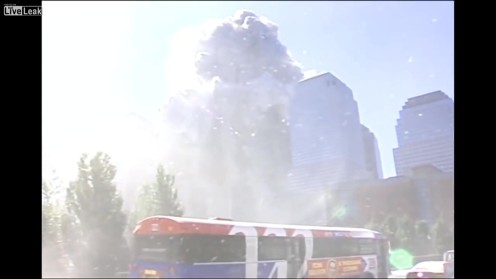 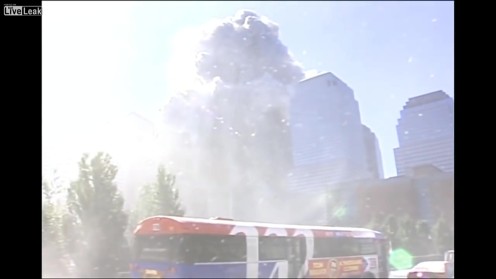 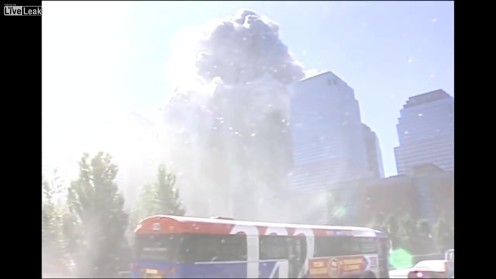 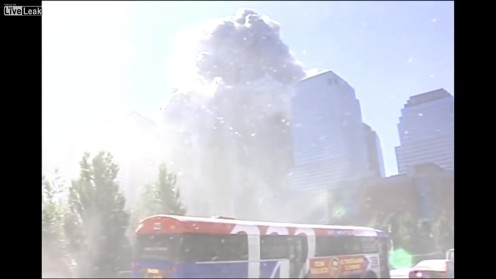 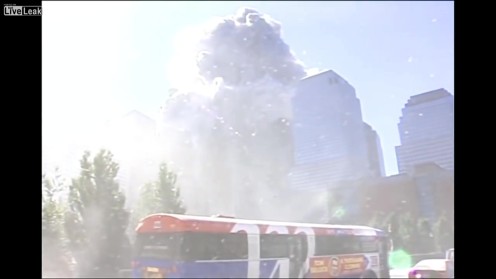 The projectile is visible clearly in the first 3 frames. Later, the building can be seen to explode outwards in the direction of the missile.

Please keep this site running and donate to my patreon page!